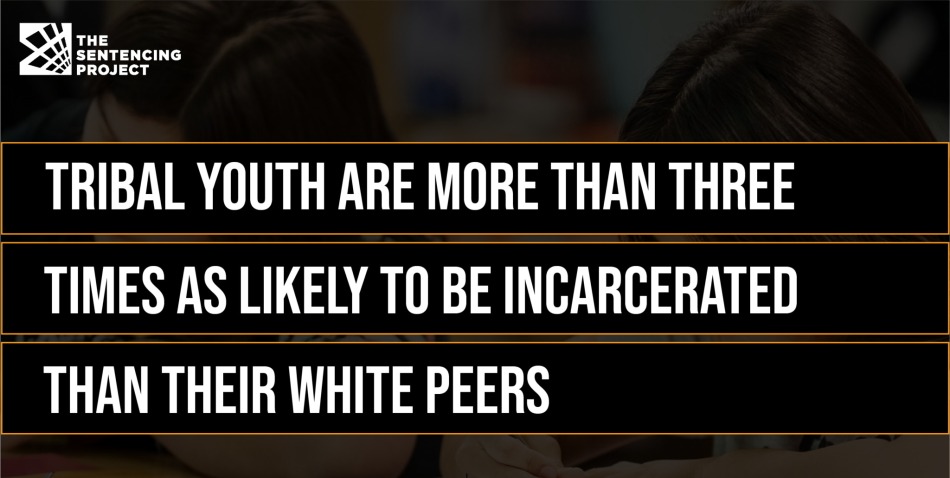 Tribal youth1 were more than three times as likely to be detained or committed in juvenile facilities as their white peers, according to nationwide data collected in October 2019 and recently released. In 2010, Tribal youth’s incarceration rate was 2.9 times as high as their white peers. In 2019, that ratio grew to 3.3, a 14% increase.2

There are 11 states with at least 8,000 Tribal youths,3 and Tribal youth are more likely to be in custody than white youth in all but two of these states: New Mexico and Texas.

Juvenile facilities, including 1,510 detention centers, residential treatment centers, group homes, and youth prisons4 held 36,479 youths as of October 2019. (These data do not include the 653 people under 18 in prisons at year-end 20195 or the estimated 2,900 people under 18 in jails at midyear 2019.6) Between 2010 and 2019, juvenile placements fell by 48%. During these years, white youth placements declined faster than Tribal youth placements (48% vs. 39%), resulting in the growth of an already significant disparity.

In the 11 states with at least 8,000 Tribal youths, disparities grew by more than 10% in four states and decreased by at least 10% in six states.

The table above and the figure below are limited to the 11 states with at least 8,000 Tribal youths between 10- and 17-years old. 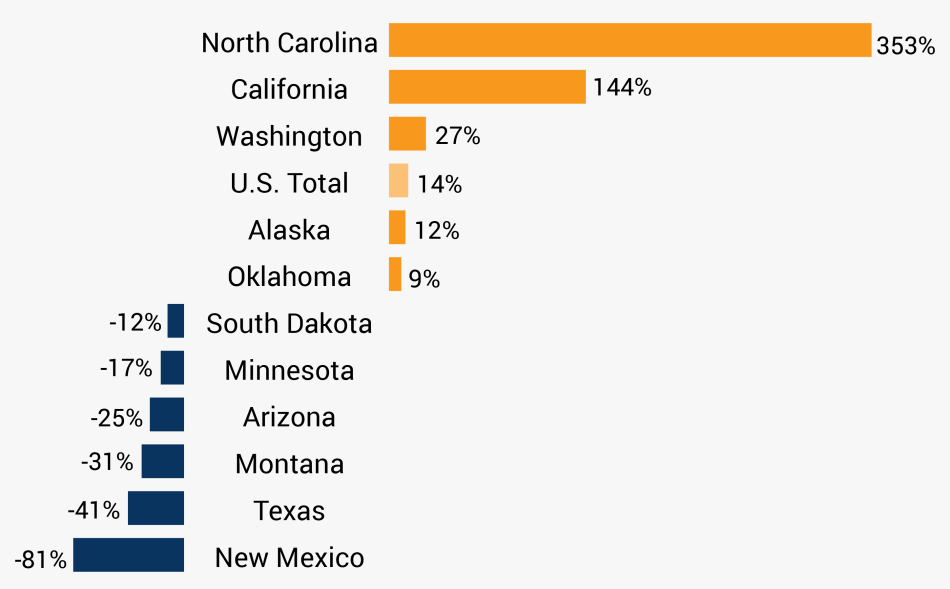 Please join us for a webinar highlighting strategies for states and localities to expand diversion opportunities and reduce disparities at this critical stage of the juvenile court process.

On November 25, 2015, 16-year-old Del’Quan Seagers died under mysterious circumstances at a state-funded wilderness camp – a juvenile corrections facility – in the South Carolina woods. Had South Carolina’s courts followed the evidence and diverted Del’Quan Seagers from court in response to his petty offense at age 14, he would probably be alive today.

Diversion: A Hidden Key to Combating Racial and Ethnic Disparities in Juvenile Justice

Diverting youth from juvenile court involvement should be a central focus in efforts to reduce racial and ethnic disparities and improve outcomes in our nation’s youth justice systems.