Latinx youth were 28% more likely to be detained or committed in juvenile facilities than their white peers, according to nationwide data collected in October 2019 and recently released. In 2011, Latinx youth’s incarceration rate was 80% higher than their white peers, a rate roughly equivalent to the preceding 10 years. The disparity fell in 2013, 2015, 2017, and 2019. Though still significant, the Latinx-white placement disparity has dropped by roughly one-third since 2011.1

Across the 42 states that are home to at least 8,000 Latinx youths, Latinx youth are more likely to be in custody than white youth in 31 states and less likely in 11 states.

The table above and the figure on page 2 are limited to the 42 states with at least 8,000 Latinx residents between 10- and 17-years old. 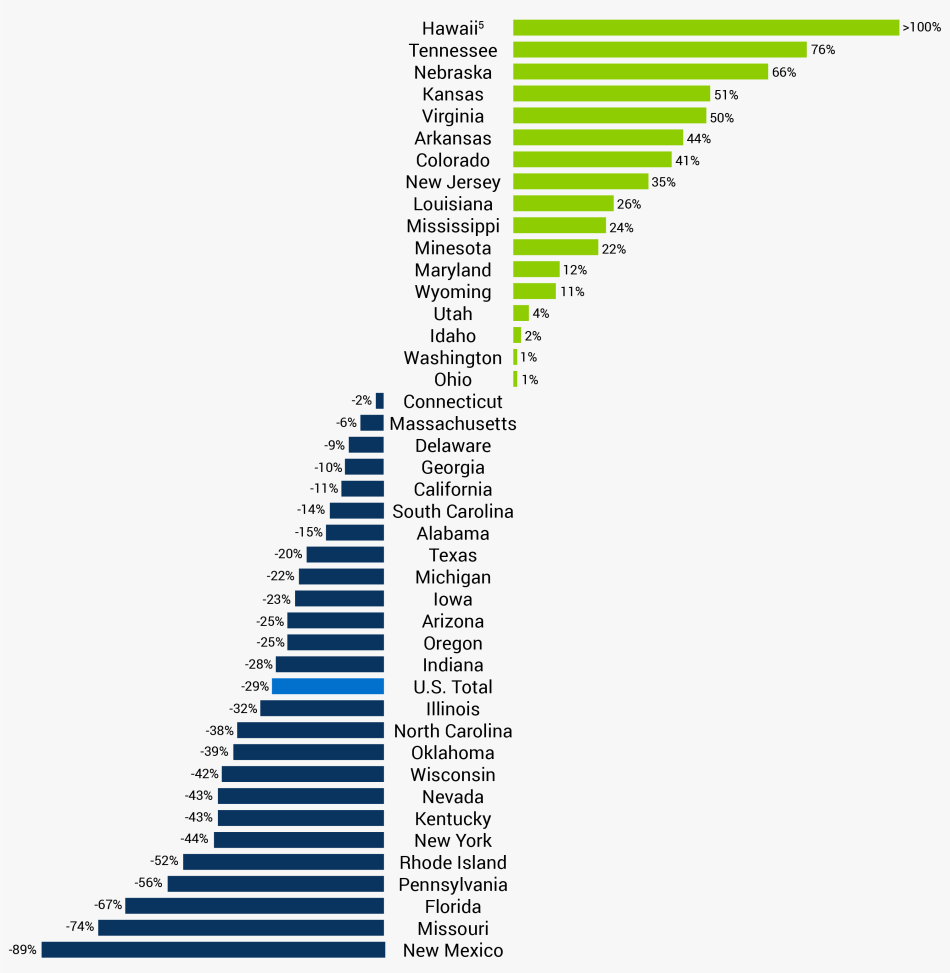 5 Hawaii’s Latinx-white disparity changed from a reverse disparity in 2011 (when white youth were more likely than Latinx to be incarcerated) to a standard disparity.

Report highlights the growth in state and federal prison populations since the early 1970s, and its far reaching effect on families, communities, and society as a whole.