COVID-19 has infected thousands of youth housed in and staff working in juvenile facilities. Given the close proximity that defines life in congregate care settings, such as detention centers and residential treatment centers, such spread was inevitable without significant reductions in population in these facilities. Since March, The Sentencing Project has urged the release of as many youth as possible to bend the curve of infections within the juvenile justice system. As of January, five staff members working in these facilities have died from COVID-19.

Most states and localities have taken steps to limit the spread of the virus, such as reducing visitation from families and counsel and screening staff and visitors for symptoms of the virus. New Jersey, Maryland, Maine, and Texas have either completed or announced plans to test all youth in their state-run facilities. States like Nebraska, Tennessee and Rhode Island have responded to small numbers of cases in specific facilities with widespread testing of youth and staff there. Large numbers of reported infections can reflect more aggressive testing.

Despite this global health crisis and the risks involved, many facilities — particularly privately managed ones — have been reticent to share what they know about the presence of this novel and deadly disease. Silence does not protect youth, staff or the community from infection, and rumors and the disease will spread regardless. This silence is inexcusable. 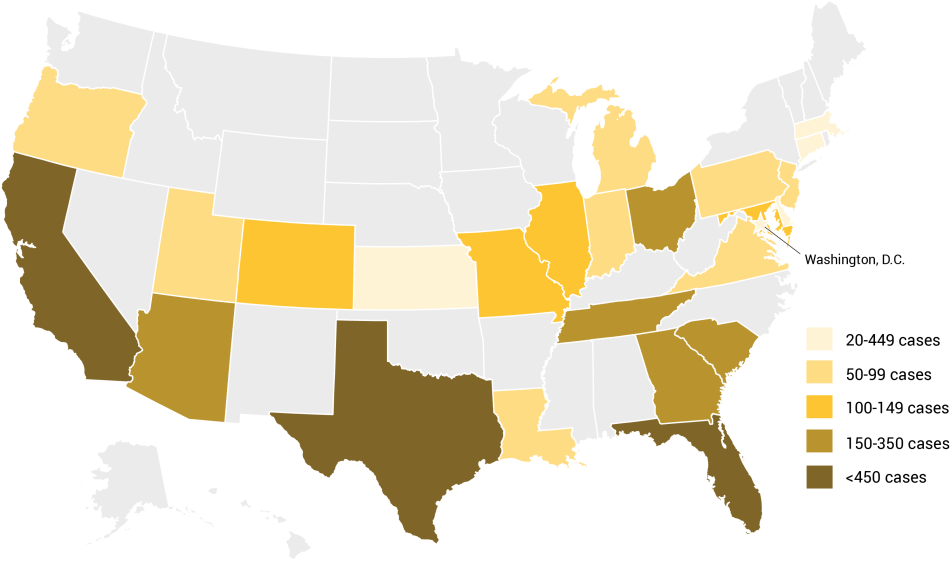 There is a better way. Reducing exposure to the virus requires reducing the number of incarcerated youth, many of whom would be better served in their communities. On a typical day, roughly 70 percent of youth are held on non-violent offenses. Detention centers, designed to house youth who have been suspected of, but not found responsible for, their offenses, have high turnover, often with short stays serving little, if any, public safety interest.

Jurisdictions such as Colorado, Clayton County (Georgia) and Fresno County (California) are releasing young people as a response to the virus. In detention facilities and jurisdictions monitored by the Annie E. Casey Foundation’s Juvenile Detention Alternative Initiative (JDAI), detention populations have fallen by a third, though largely due to fewer admissions.

Among the most troubling responses to the virus have been facilities in Ohio, Louisiana, and elsewhere that have placed tremendous numbers of youth in their facilities into quarantines that, in practice, may be little different from solitary confinement, a particularly traumatic and damaging experience for young people that is prohibited by many state laws and policies and international human rights standards. Public health officials have rejected solitary confinement for adults as a non-medical, damaging and counterproductive response to the COVID-19 Pandemic.

This page is updated regularly to show the growth of COVID-19 among youth and staff at juvenile facilities where tests have been reported. As a result, there are COVID-19 cases that are unknown to the public; jurisdictions that share their data with the public deserve plaudits for doing so.

In addition to reductions in youth confinement, The Sentencing Project supports widespread testing within facilities, following the lead of New Jersey, the first state to test all confined youth for COVID-19.

The Sentencing Project's Executive Director Amy Fettig submitted comments to the Office of the Attorney General on behalf of The Sentencing project regarding the United States Department of Justice’s proposed rule on CARES Act Home Confinement.

Letter to Justice Department on Appointment of Bureau of Prisons Director

In a letter to U.S. Attorney General Merrick Garland, The Sentencing Project urges the Department of Justice to hire a new Bureau of Prisons Director who is capable of and committed to leading the Bureau through systemic reform.

Thanks to American Rescue Plan, schools and communities have the unique opportunity to invest vast resources in effective approaches to close the school-to-prison pipeline.